Learning, worries and being bored

When I heard about an unschooler event in Greece in September I was immediately determined to be part of it. Ever since I have been with Niko we have visited his mom in Greece once a year. Which is always nice, but always the same…visiting relatives, doing some repair work on the house, having coffee with my mother in law. I have been on the lookout for an opportunity to do some sightseeing combined with a little beach fun and interesting people, a chance to get to know more of Greece – and there it was. Evangelos Vlachakis organized the „Autumnomous Worldschooler Meeting“ in September on the Peloponnese at his „Porto Grana Hub“ in Plitra, inviting unschooling families from

all over the place to spend a few days playing, learning, sightseeing, exchanging information and connecting with each other. In short: It sounded perfect!

So we took the car to drive all the way from MITANANDA H.O.F. to Plitra, taking three days, spending two nights on the road in Serbia and south of Thessaloniki. Sounds stressful, was in reality quite nice. We had time to take as many breaks as the kids needed, stop at interesting places, take a dip at the seaside and even visit the Akropolis in Athens once we were in Greece. And since it was already off season the roads were quite empty, the border crossings went smoothly and the prizes for rooms were affordable. Plus the temperature was ideal, as was the water: warm and inviting.

We had never been in Greece in fall. When I had expected dried out landscapes, burnt fields and grey-brown scenery I was more than pleasantly surprised. It turned out fall is even better to travel to Greece than our usual time around May-June. The beaches are empty, the water in really warm, the fields are green, the smell is beguiling and lots of trees are blooming. I think we will reconsider future travel dates…

Once we arrived at our destination we settled into the booked apartment, which was cosy and a fair deal for the six of us. We had decided against staying at the beach a ten minute drive away, camping there for free in our tent. Sandy beaches are great, but sleeping on the floor in sandy sleeping bags with two sandy kids literally sleeping on top of me plus having no chance to properly cook for all of us? No, thank you.

After a first day chilling at the beach, getting to know the other families from Romania, Luxembourg (yes, these people we already knew!), the USA, Greece and Germany, enjoying the supreme beach, fishing, building castles and doing all the beachy stuff we got organized and planned the week meeting up at the hub the next day. Evangelos took us for a hike to the remains of the ancient sunken city of Asopos, neighboring the hub and being an absolutely timeworthy little excursion. We were stunned by the colorful rocks creating rock tower art works, building musical instruments out of palm wood, exploring the ruins of this former grand harbor town with mosaic floors, vast buildings, amphorae remains…

The highlight for me was definitely the day trip to Monemvasia, a town nestled scenicly to the steep rocks of a mountain protruding out of the sea, a fortress formed by nature. Climbing up the picturesque alleyways we found and collected carob which the kids promptly snacked on, investigated the remains of various grand buildings, partly restored, enjoyed breathtaking views and interesting conversations. At the top the kids tried to throw rocks into the sea, a vertiginous undertaking which I promptly had to flee from. Back down again we enjoyed a nice lunch together at the new town of Monemvasia and spent the rest of the day swimming, snorkeling, and jumping into the crystal clear water of a nearby lagoon which reminded us of a fjord.

Philomena gave us the idea for a sling shot workshop so the next day we started out looking for adequate wood at the beach. Peeling, sawing, filing and finally upcycling Evangelos old bicycle tubes we were busy creating unique little armories, which were promptly painted but never really used. The kids and grownups were satisfied with just hanging them on the line for display and take another dive from the rocks at „our“ beach. By this time Tamino had calmed down from his fishing frenzy and was able to get in contact with the other boys his age. The three of them formed a formidable team jumping off the cliffs without resting for hours on end.

Thursday was spent taking a day trip to the island of Elafonisos with it`s famous dunes and white sand beaches. We took the ferry which of course was mesmerizing for the kids. Unfortunately the weather was rather stormy, entertaining the young with fun waves, irritating the older ones wrapped in towels. Driving back we stacked up on fruits and vegetables at the market so we were prepared for our last day together, which coincided with my birthday.

We met again at the hub, everyone bringing something for a pot luck buffet, as we had already been doing twice before. Cooking together is always a good opportunity for inspiring talks. The children were more than happy to have plenty of time with their bikes which Evangelos provided thanks to Podilatoparea, his bike lending club. It was Philomena’s and Aeneas` first time on a bike and they both loved the experience. Whereas they have tried their luck with the balancing bike at home, here they were equipped with training wheels and a wide safe even space to practice.

The hub used to be a pizzeria in former times, it still sports a big kitchen and spacious rooms on the ground floor. The kids could get creative with the play dough and roam freely visiting the neighboring playground, harbor and the small beaches of Plitra. Evangelos is a dedicated host, knowledgeable about the region, history and homeschooling in Greece. His enthusiasm and determination for the cause is truly admirable, as is his love for his family, especially his twelve year old daughter Melina. Whatever he does there at the hub, he does mainly for her, creating a multicultural, nurturing open space not unlike what we have envisioned for MITANANDA H.O.F. We cannot thank you enough for all the work you have done and are still doing!

I could not have had a better birthday than with these wonderful people who had grown into a big family over the course of the week. Having the opportunity to celebrate with so many big and small new friends made me very grateful for this life we live, the chances we take, the family we have, the tribe we form. Singing happy birthday in five different languages, eating the most delicious and beautiful fruit cake created by Allegra and Niko and decorated by Philomena, laughing, hugging and partying we started to bid our farewells. We would be off the next morning to get on our way to Jaja, Niko’s mom, stopping at Olympia, spending another sun filled week in the amazing land of Niko’s ancestors.

Plitra, we have not had enough of you.

Porto Grana Hub – we will be back! 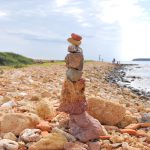 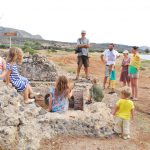 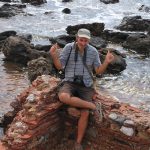 Evangelos is the best! 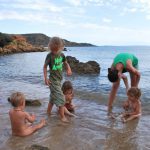 Kids were enjoying the sea at every oportunity 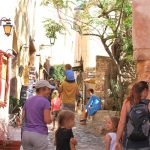 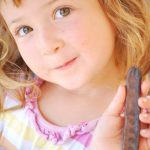 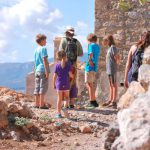 At the top of the mountain in Monemvasia 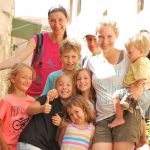 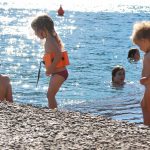 Swimming at the lagoon 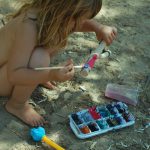 Finishing touches to the sling shot 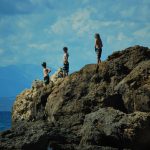 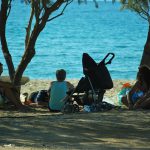 Talks at „our“ beach 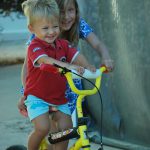 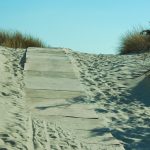 The beautiful dunes at Elafonisos 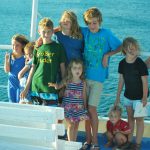 Taking the ferry together 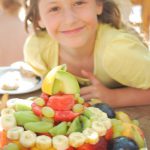 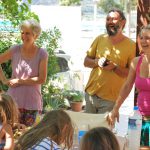 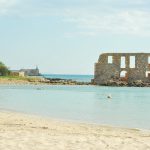 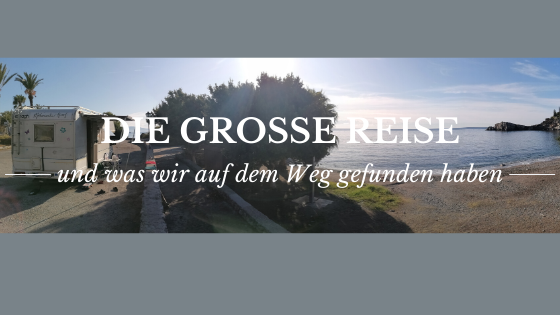 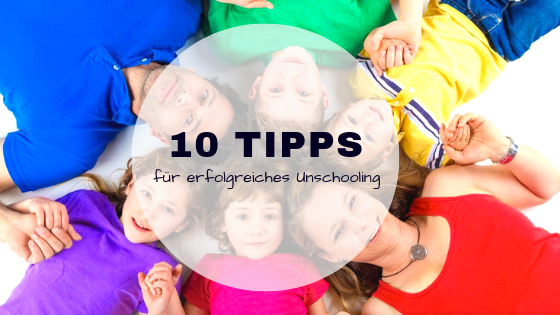